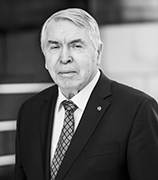 Others:
Especially worked with the oil companies’ portfolio changes, including all aspects related to approval of transfer of licence parts according to the Petroleum Taxation Act.
Actively participating in special bodies related to petroleum taxation and has given numerous lectures on petroleum taxation issues.
Long experience in general tax policy matters as chairman of the tax committee of The Confederation of Norwegian Enterprise (NHO 1983-1998).
Member of the Tax Committee of the Norwegian Oil Industry Association (NIFO) 1981-1987 (chairman of the committee 1984 and 1987) and member of the Tax Committee 1987-1998 of OLF, now Norsk Olje og Gass.
Member of several working groups established by the Ministry of Finance and the Ministry of Oil and Energy.

Any cookies that may not be particularly necessary for the website to function and is used specifically to collect user personal data via analytics, ads, other embedded contents are termed as non-necessary cookies. It is mandatory to procure user consent prior to running these cookies on your website.